i love cooking.  whenever there is an opportunity, i like to try out cooking new dishes especially during the holidays.  hubby asked me to do something different this year other than our usual carbonara and roast chicken dishes.  his request: lengua (ox tongue).  so i scoured the internet for a recipe that would be easy to do. 😉 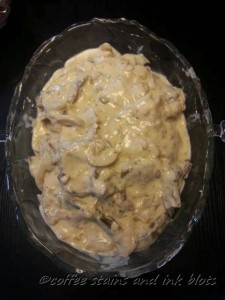 we pre-ordered the lengua from the meat vendors in our local market.  it is a little bit pricey at around php 200.00 per kilo.  we had to reserve it early since there is only a limited number of tongue that they sell.  think about it, for one cow, there is only one tongue.  there is only so much that you can get for a day. 🙂

to tenderize the tongue, we had to boil it for a good 4-hours.  you can also use a pressure cooker if you have one.  after which we cleaned it to remove the “skin” and white film-like coating of the tongue.  it was then thinly sliced.  we also added salt to the boiling water during the latter part to flavor the meat.

i then pan-fried it in butter.  it was set aside for some time while i was making the sauce.  i just simply sauteed garlic, onions and button mushrooms in the oil that was used to fry the tongue.  then i added a can of cream of mushroom and evaporated milk and continuously stirred it until it had the right consistency.  it was seasoned with my tj’s everyday seasoning.  then i combined this with the fried lengua.  once the sauce was over the lengua, you would even guess that you are eating roast beef. 😀 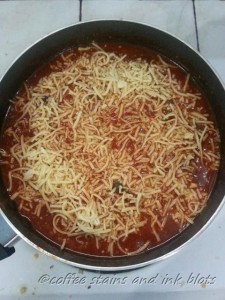 our next dish was the chili.  i have been cooking this for some time now since hubby loves the chili soup served by the soup kitchen.  it was just a simple combination of ground beef, tomatoes, red beans and bell peppers.  spices like chili powder and turmeric are also added.  we like to top it with a lot of cheese.  this dish can be eaten as an appetizer, side dish, viand, dipping in chips or added to taco and hotdogs. 😉

i bake cupcakes and/or cookies during christmas day and new year’s eve (cause those are the only days i have time… hihi).  for this year i made calamansi muffins and cookie butter chocolate chip cookies. 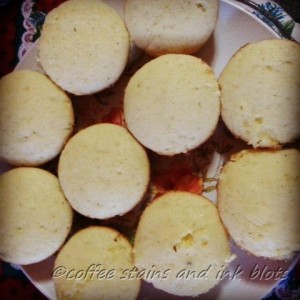 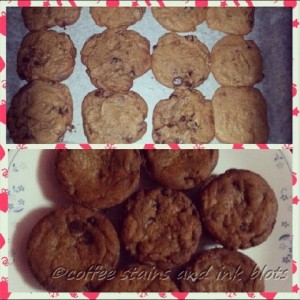 i like the calamansi muffins which you get at the real coffee cafe at boracay.  so when i found a recipe like one from kitchen cow (which she got from pepper.ph), i decided to try it out.  you can see the recipe here: kitchen cow.

i used the biscoff creamy cookie butter for my cookies (i prefer this over the tj speculoos).  the recipe was just a simple one that you do for chocolate chip cookies, cookie butter was just added to the batter.  the result were chewy cookies. 🙂  i used the regular cookie pan, and i also used muffin pans to bake them so we had cookies pretending to be muffins batches. 😉

i don’t know if these will become staple dishes in my menu, but i would like to learn more recipes in the coming months.  i will post whatever experiments in the kitchen i do come up with.

Yesterday at around lunch time, Junjun asked me if we could have a soup later during our dinner. i teased him saying that we could have instant noodles together with whatever viand we were going to have. He said he wanted sinigang. So we decided that in the afternoon, we would go to the market and get ingredients that i would need to cook sinigang na hipon.

At around 5pm, after our afternoon nap, we headed for the Imus public market. During the days of my singleness, i seldom visit the market. So this is kind of an adventure for me. We went to the wet section of the market and started looking for shrimp.

After getting the ingredients for our sinigang, i asked Junjun if he wanted another viand to go with it. He said that he wanted galunggong, fried crisply. I said ok, and we went on to find the fish. But there was a small problem, we did not know what a galunggong looked like. We wandered around the fish area, until luckily, a manong called out “galunggong, 50 lang kalahati!” And then we found our fish.

Just for fun, we took a picture of the galunggong, and it is posted here. 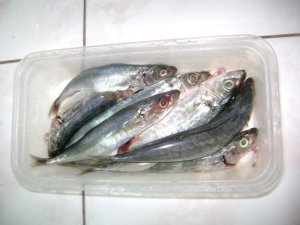 what the bookworm is currently reading

Life Under the Sy

an attempt to remain sane in this insane world...

THE PICKIEST EATER IN THE WORLD